An assortment of knots that may be useful for climbing, mountaineering, camping, etc.

This knot is easier to slide than a Prusik. Here is a video of how to do it:

The bowline can be used for tying loops around things.

Also know as the alpine butterfly. The butterfly can be used for putting a loop in the middle of the rope. It is useful for things like roping up for glacier travel as it can be pulled from both directions.

The clove hitch can be used for fixing a loop of rope to an anchor point. A way to remember it might be, "Make two identical loops, and put the back one on top of the front one."

This can be used for joining ends of rope together. Done correctly, it is very strong and relatively low profile. We most commonly use it to make loops for prusiks, which in turn are useful for all kinds things: tying in to fixed lines, escaping belays, ascending a rope, crevasse rescue, and so on.

How To Tie a Double Fisherman's Knot

This is a nice illustration.

Here are some images from Wikimedia Commons: 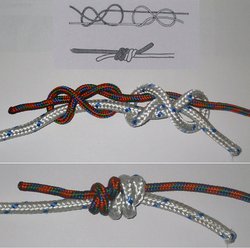 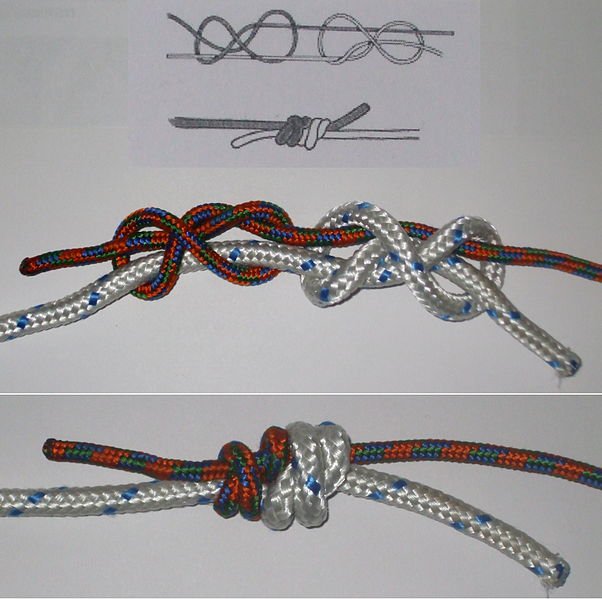 The Euro Death Knot (EDK) can be used for tying rope ends together for a rappel.

This is the standard knot for tying into the end of a rope.

The Munter Hitch is awesome! You can use it to belay or rappel if you have dropped your belay device; this alone is a reason to know it, as eventually you will drop your belay device. Also useful for things like Crevasse Rescue.

A way to tie a munter hitch off.

The Prusik (or spelled prussik) is the most basic friction knot used in climbing and mountaineering. It can be used for self-belay and for progress capture (e.g. during rescue situations). 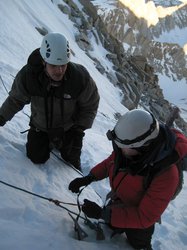 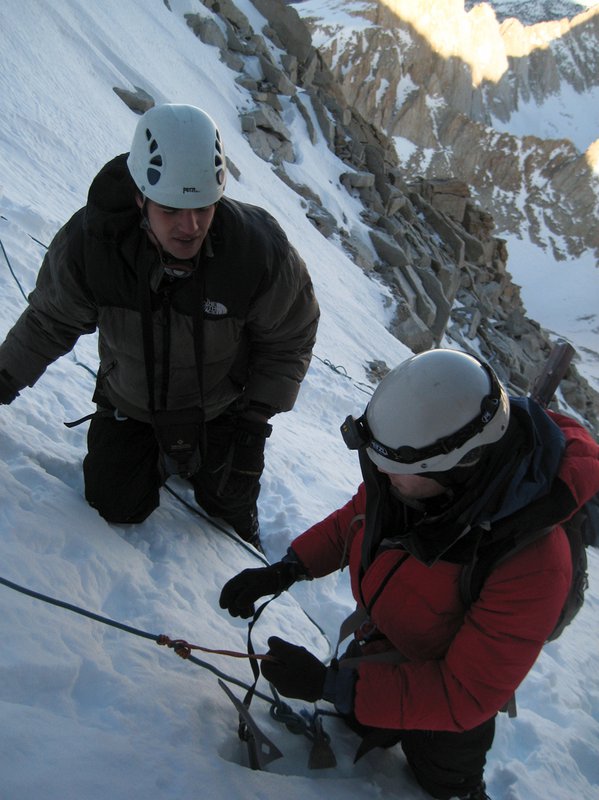 Similar knots include the Bachmann Knot, Klemheist, and Autoblock; there are other friction hitches such as Blake's Hitch that may be useful in similar situations as well. The prusik is notable because it is bi-directional (it will hold in up and down directions) and has very good grip. The main downside is that it easily tightens, and is difficult to slide up. Alternatives include the knots mentioned earlier (Bachmann,...), or static (e.g. the Petzl Tibloc) and dynamic (e.g. the original jumar, or modern versions) mechanical ascenders.

The prusik is used for tying a smaller rope or cord (typically, between 5mm and 8mm, with 6mm and 7mm being the most common) around a bigger rope (usually 9mm to 10.5mm).

Bluewater rope company makes some cord specifically designed for prusiks; this nylon cord is dynamic (like a dynamic rope), whereas most cord under 8mm is static. The cord is also designed to be flexible and thus allow tighter knots. They have 6.5mm, 7mm and 8mm cord. The 6.5 mm cord is an ideal diameter for prusiks.

The knot is very simple to tie: it is similar to a girth hitch, but with more wraps. It is typically tied with 2 or 3 wraps. More wraps will give it more holding power. If the thicker rope is relatively skinny (e.g. < 10mm) or if it is icy, the prusik will not hold as well, and you should have at least three wraps.

The term prusiking up a rope is jargon for ascending a rope.

How To Tie a Double Fisherman's Knot

Here is an animation. 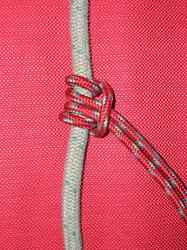 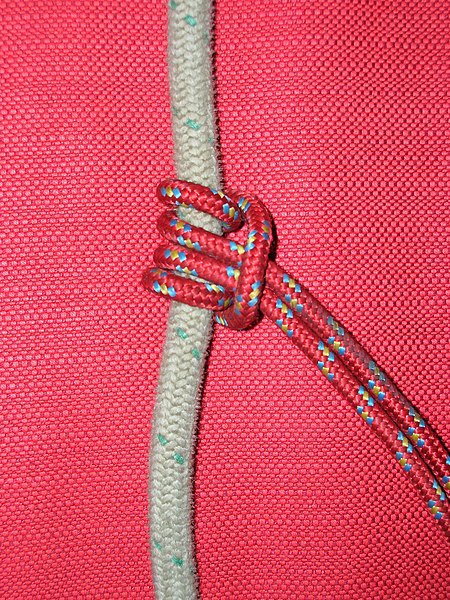 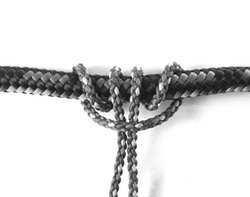